SOME OF OUR FAVOURITE GRILLING RECIPES FOR YOUR CANADA DAY BBQ

There’s no better way to celebrate Canada’s 150th birthday than by inviting friends and family over and firing up the grill. When planning what to eat for a Canada Day party, you might be tempted to lean on typical “Canadian” foods, like maple syrup and poutine, but we think a better option is to focus on foods that are made in Canada. While the concept of a Canadian cuisine remains somewhat contentious, everyone can agree we produce some pretty awesome food right here at home. 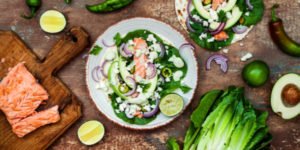 West Coast salmon brings a Canadian vibe to classic taco flavours. And you can really never go wrong with tacos. Have you ever heard someone say they weren’t in the mood for tacos? It never happens. 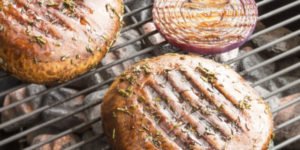 We’re lucky enough that we can get local mushrooms all year round! Grilled mushrooms are super versatile – make them the main course of a plant-based meal, serve them over a steak, or let them cool and toss them into a salad. 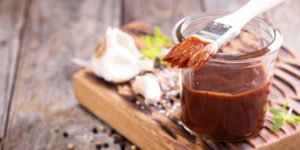 Rhubarb season is winding down, but you can still get the tart stalks from local farms. This homemade BBQ sauce is sweet, tangy, and savoury – perfect for burgers! 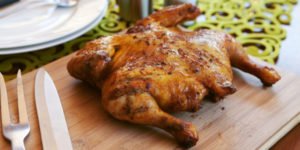 You might not think of whole birds as a summer food – who wants to have the oven on for hours in the heat? But cooking a chicken (or several) on the grill is an easy way to feed a crowd. The key is to butterfly the chicken first, allowing it to cook more evenly and quickly on the grill. If you really want to add a stereotypically Canadian element to your Canada Day party, let it be this maple bacon caesar. The caesar was invented by a Canadian, and this version has the added bonus of bacon and maple syrup. We did a caesar taste test at SPUD HQ, and this was the overwhelming favourite. Added bonus to the caesar as a party cocktail – it tastes just as great without alcohol, so everyone can enjoy it!