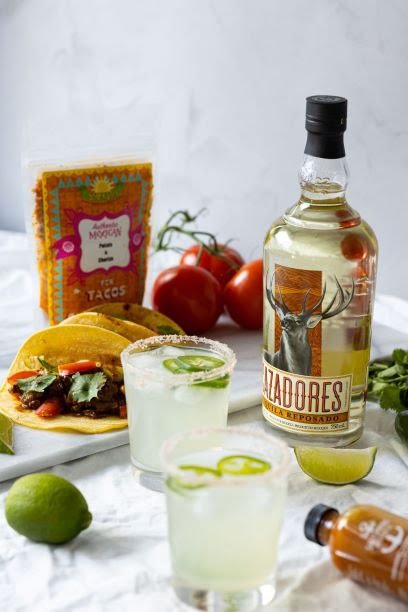 This year, we’re all taking a step back from the usual Cinco de Mayo antics, and the best way to commemorate the victory this time may be to mix up a Margarita and enjoy some menu items from Mexican-owned brands in your own home. Try the Frontera Enchilada Sauce or the Taco Skillet Sauce, Que Pasa Chip and Salsa and, of course, Tequila.

The history of the Margarita, is, as with many drinks, hotly debated, but we do know it’s related to the Mexican drink the Daisy, and Margarita means daisy in Spanish, which calls for Brandy, while the Margarita is tequila-based.