We Tried Making Yam Toast- And We Loved It

First there were zoodles, then there was cauliflower rice, and now—drum roll please—YAM TOAST. It’s the latest food trend to be sweeping the internet, so naturally, we had to try it.

No, it’s not using yams as a topping for toast, though there’s definitely potential there. Yam toast consists of slicing up a yam (you could also use a sweet potato) horizontally, so that you’ve got about ¼ – ½ inch thick slices, and then literally just popping those into the toaster the same way you would toast. You’re right, it’s not a revolutionary idea, but it’s surprising great, and I’m betting you’ve never tried it before.

Fantastically. Yams are perfect for using as toast because of their starchy texture and mild flavour. And oh man, do they ever make your kitchen smell good as they’re toasting up. They can take on sweet or savoury toppings, and are sturdy enough to not fall apart. The key is to slice the yams thin enough that they don’t take forever in the toaster or toaster oven, but thick enough that they still retain a slabby, ‘toast’-like vehicle to support all of your delicious toast toppings.

Well, that’s really up for discussion. You’ve got to admit that sometimes it’s fun to replace the familiar with something new, but yam toast is more than just a basic food swap. It’s absolutely delicious, and yams are a totally healthy comfort food. With a make-up of complex carbs and dietary fibre, yams also pack a healthy punch of beta-carotene, vitamin C, potassium, manganese, and metabolic B vitamins. So really, when it comes to yam toast, you’ve got nothing to lose.

Serve it warm, and with whatever you like to decorate your toast with! We had a bit of a healthy competition at the office for who could make the tastiest yam toast. Though all combinations received raving reviews, no one could deny that the smoked salmon, cashew spread, and mustard greens was the crowd favourite! 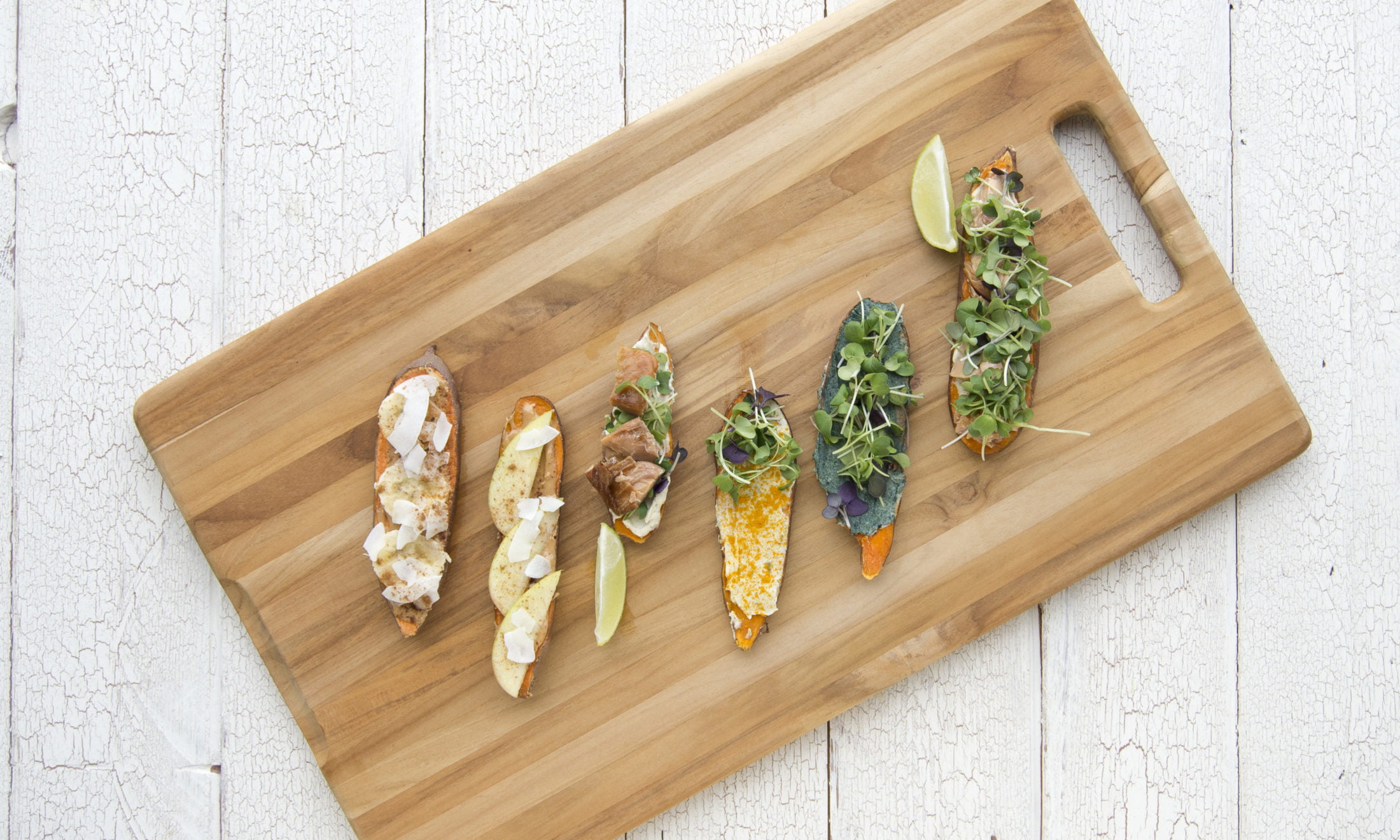 Here are our recipes, what are yours?

Starting from the left:

Add Yams To Your Order