Canadians use 15 billion plastic bags a year. The volume of plastic Canadians waste is large enough to circle the earth more than 55 times, according to Greener Footprints. Where do these discarded, disposable bags go? What happens when they have served their intended purpose – to transfer items from the store to your house – once. 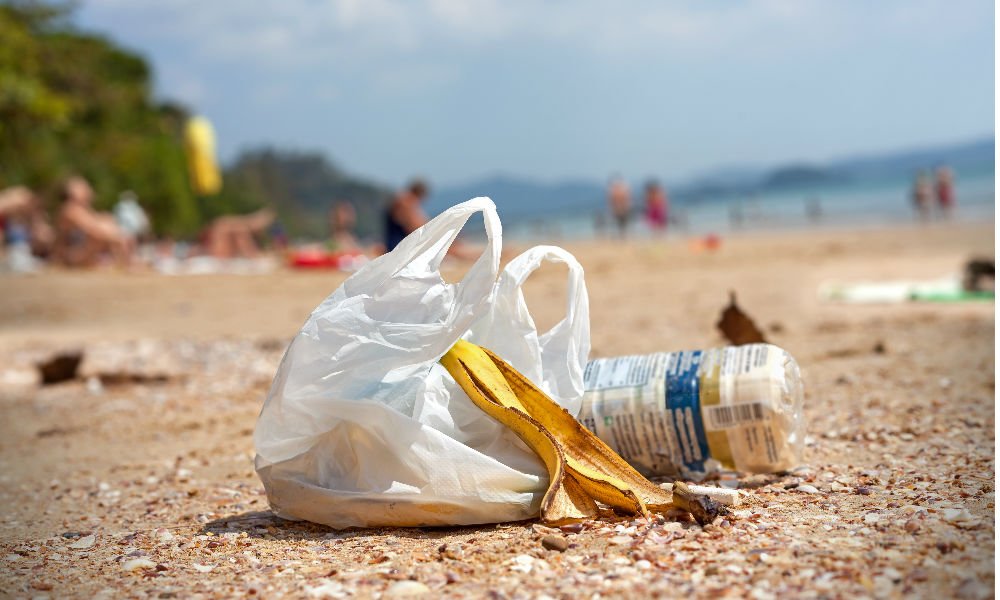 Even worse than ending up in a landfill is that of ending up in the ocean or in our natural ecosystems.  According to the Ocean Conservancy’s annual report, plastic bags are among the top ten contributors to waste on beaches. Studies by UBC in 2012 discovered that 93 percent of the Northern Fulmar (a migratory sea bird), had plastic in their stomachs. Researcher Stephanie Avery-Gomm told the Globe and Mail that one bird they tested had 454 pieces of plastic in its stomach. Plastic is invasive and dangerous to native animals. When ingested, it can cause severe internal damage to the animals, and when animals become entangled in plastic, they can drown and suffocate.

Plastic bags are made of petroleum. They do not biodegrade, so their existence is indefinite.

The solution is simple. Stop using disposable bags. At SPUD, we are working hard to reduce our waste, as an office, and a company. We don’t deliver our products to you in disposable boxes or bins, we use durable plastic containers, which are used almost indefinitely. Grocery stores have a responsibility to offer their customers and community the best options to reduce waste, eat healthy, and protect the land we live on.