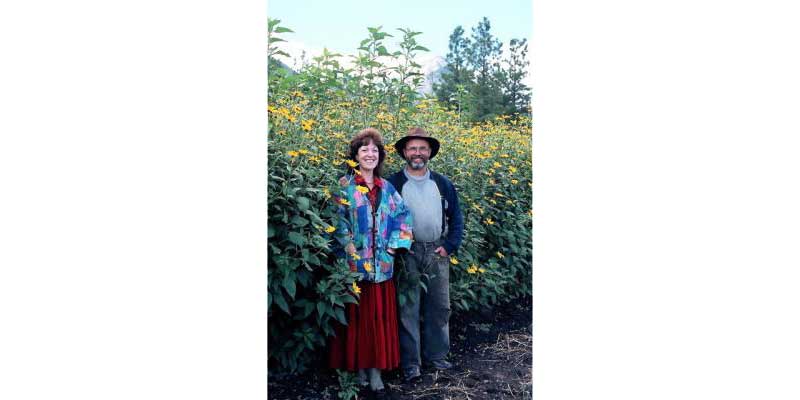 2600 vertical feet above the Thompson River, south-west of Ashcroft, nestled amongst upper ancient river benches, on the slopes of White Mountain is Venables Valley, hidden from view of all except soaring eagles.

High enough above the desert floor to be moist and arable, the Venables Valley is home to about 20 families, and this is where Jim and Helen McComb settled 8 years ago. Their farm is off the grid – irrigation water and domestic electricity are pumped with a micro-hydro installation. They have also developed a sustainable forestry plan for their land over the last four years. Starting as a neophyte grower, Jim quickly realized that he had to specialize in crops that grew in their unique dry and short season with snow on the ground from October until April. Which leads us to Sunchokes. The only commercially produced vegetable that is native to North America, sunchokes are also known as Jerusalem artichokes.

Discovered by settlers and sent back to Europe, they gained popularity in Germany and Italy. There are dozens of varieties and they self-propagate, in fact some varieties will take over your garden and choke out other plants. A member of the sunflower family, they became known as girasole chokes (sunflower in Italian), which became mis-pronounced jerusalem. Jim also produces horseradish and rhubarb in large quantities.

Ashcroft,  BC  (337 km from Vancouver warehouse)