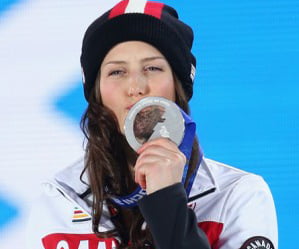 Kelsey Serwa, from Kelowna B.C., started skiing at a young age.  Since her grandfather, Cliff Serwa, co-founded Big White Ski Resort in the early 1960′s, it was inevitable that Kelsey would lead a life greatly influenced by the skiing community.  From the age of six Kelsey progressed from level to level in the Alpine world.  In 2008 she was named a member of the Women’s National Development Team for Canada.
In 2009 the avid alpine racer made the decision to try her luck at something new and switched to the “dark side” of ski racing – ski cross.  In her first year of racing, Kelsey took the World Cup ski cross tour by storm, making a name for herself instantaneously to earn the FIS Rookie of the Year Award.
Since then she has earned 16 World Cup podium finishes along with the prestigious titles of World Champion, X-Games gold medalist, Olympic Silver Medalist, National Champion, and two-time South American Champion.  This two-time Olympian is still eager for improvement and has her sights set on becoming the overall World Cup champion and Olympic gold medalist in the years to come.
Off the snow, Kelsey practices living a healthy, active lifestyle by eating right, and participating in some of her favourite sports: surfing, mountain & road biking, and yoga.  In her opinion, athletes can only perform as well as the quality of fuel they are putting in their bodies. Spud is helping Kelsey achieve her goals by providing her with whole, natural, and organic foods so she can be her best in every wake of life. 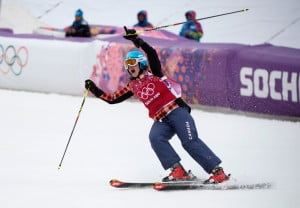