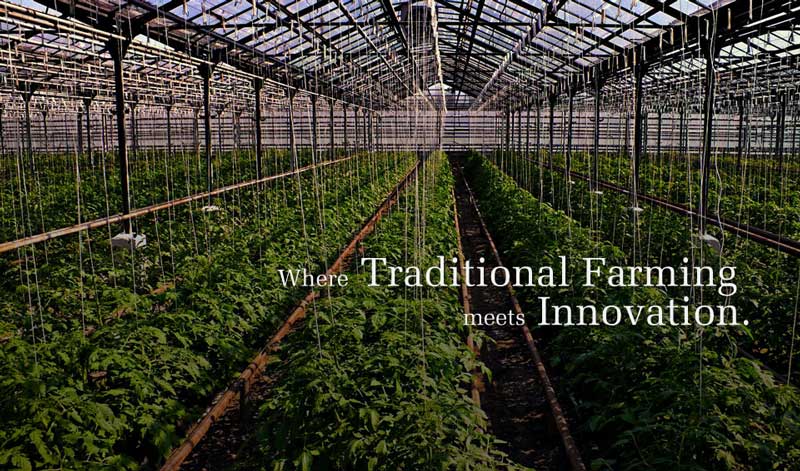 In the mid-1990s, William Cheuk worked as a researcher at the University of British Columbia. With a doctorate in chemical and biological engineering, and considerable background in greenhouse-related research, William was intrigued by the potential of products grown under glass. And he was on to something good.

While negligible amounts of greenhouse tomatoes were in the market a decade ago, they now account for around 37 percent of all fresh tomatoes sold in U.S. stores. The proportion in Canada could be even higher.

William helped establish South Alder Greenhouses Ltd. in 1997, and now the company thrives in Delta, Surrey and Langley, producing beefsteak tomatoes and bell peppers less than 33 acres of glass. Situated only a half-hour’s drive apart, each facility has its own unique microclimate and is overseen by a grower-manager who understands its specific conditions.

In addition to hydroponics produce, South Alder recently planted an acre of organic greenhouse beefsteak tomatoes in its Langley location. “Growing organic tomatoes has been challenging,” said William, president of the company and one of three scientists working at South Alder. “There are many differences between growing hydroponically and producing tomatoes organically in soil.”

Langley, BC (54 km from Vancouver warehouse)