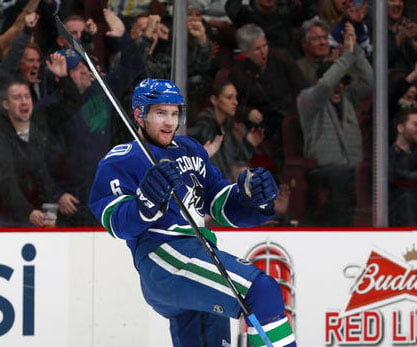 Originally from Switzerland, Yannick Weber is a defenceman for the Vancouver Canucks and a two time Olympic competitor for the Swiss men’s hockey team. He moved to Canada in 2006, eventually signing with the Canucks in 2013.
Outside of the hours he logs on the ice and at the gym, Yannick is a huge foodie and loves to embrace Vancouver’s food culture, whether hunting for hidden gems around the city or learning more about the city’s local producers and vendors.
Outside of food (and hockey!), he loves hiking and hopes to one day do a trip through the Himalayas.
Twitter: @yanweber68